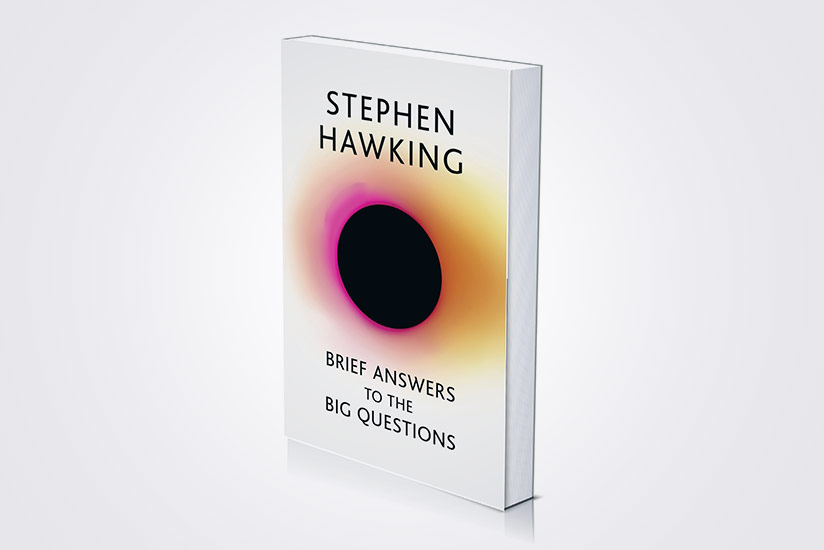 In his final book, Brief Answers to the Big Questions—in development while he was alive and completed later—the late scientist Stephen Hawking gives us an enlightening manual on our origins, our present and our possible future.

Brief Answers to the Big Questions is one of Stephen Hawking’s last projects, completed for him after he passed away in March 2018. It draws on half a million or so words stored over the last few decades in the form of essays, lectures and keynote speeches, and addresses some of the questions that, over the years, many people had often asked him. It is a book that every person concerned about humanity’s future should read.

The book comprises 10 chapters, each posing a different question, such as “Is there a God?”, “What is inside a black hole?”, “Is time travel possible?”, “Will we survive on Earth?”, and “How do we shape the future?”. However, Hawking’s main concern in this book is not physics; it is humanity and its collective future. Focusing his attention in the book on three related questions—the future of our planet, colonisation of other planets and the rise of artificial intelligence—he argues that we are setting ourselves up for catastrophic disaster. He warns that global warming, human aggression and new technologies—nuclear warheads, artificial intelligence and genetic engineering—could destroy mankind and much of the rest of life on Earth.

A unifying theme across the book is Hawking’s intense faith in science’s ability to solve the biggest problems of humanity. He says that we should develop technologies to sequester carbon more efficiently and to lower the cost of renewable energy; use genetic engineering to create foods that are cheap yet highly nutritious and to fight disease like never before; and start, in the coming decades or centuries, humanity’s colonisation of outer space using a lunar base as a stepping stone.

But for all of this to happen, he says that we need to wake up fast. We must rethink our relationship with the planet and how we use its resources, and our relationships with one another and with other living creatures. We must disarm nuclear weapons, end hunger and share our wealth more justly. We must revamp science education across the globe to inspire the youth to pursue careers in research so that solutions to our challenges may be discovered.

Hawking’s answers to the big questions illustrate his belief in the rationality of nature and on our ability to uncover all its secrets. Indeed, his optimism permeates every page and also compels us, as readers, to trust in humanity’s wisdom and scientific prowess.